PORTUGUESE CAMINO: FROM PORTO TO SANTIAGO DE COMPOSTELA BY BIKE

The Way to Santiago is a millennial route followed by millions of pilgrims since the 9th century, when the tomb of the Apostle James (Santiago) was discovered. Since then, people from all over the world walk the ways that lead to the Cathedral, in a phenomenon that survives and gets stronger day by day. 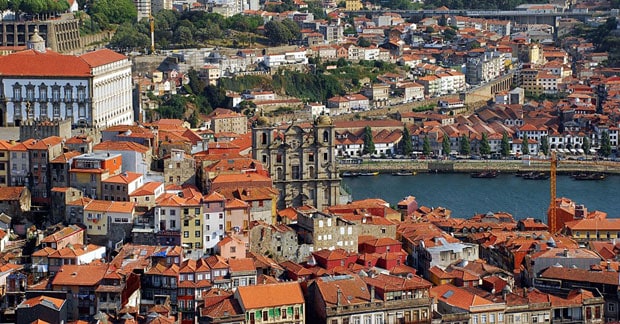 Most pilgrims and travelers start in Porto, on the Sé Cathedral. The way continues northwards crossing the rivers Lima and Minho where it enters Spain. Yellow arrows are plentiful from the Cathedral at Porto to the Portuguese border and makr the path towards the Santiago Cathedral. Sometimes these marks are accompanied by blue ones, pointing towards Porto, indicating the route from Santiago to Porto and towards Fatima. 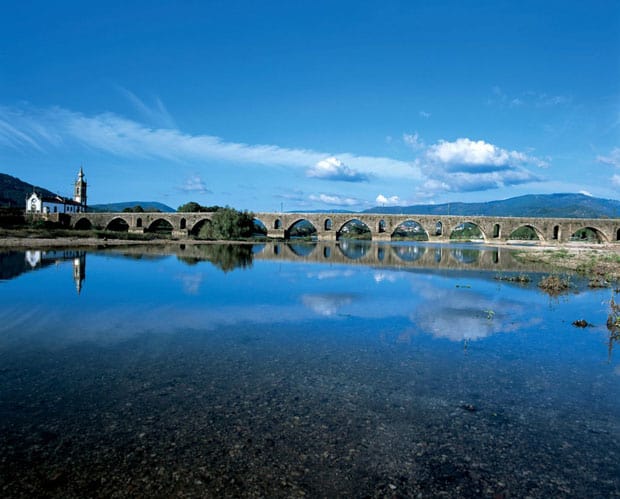 Highlights of a cycling trip in the portuguese Way of St. James:

- The Sé cathedral at Porto, the amazing roman monuments and bridges of Ponte de Lima, great churches at Rates, Ponte de Lima, Redondela, Pontevedra, and Padron.  Numerous wayside crosses dedicated to St James and the granite cross at Barcelos recording the miracle of the hanged pilgrim. The thermal village of Caldas de Reis;

- The city of Porto, or Oporto is one of the oldest city centers in Europe, settled in the 4th century during the roman occupation when it was named Portus Cale, thought to be the origin of the name Portugal. It’s a UNESCO world heritage site for its own right and its unique traditions, architecture, port wines and cellars;

- The regional food of northen Portugal and Galicia are rich in flavour and substance, they have some of the best meat dishes as well as great shelfish, fish and seafood from the cold waters of the Atlantic ocean;

- Port wine, from the city with the same name and Green wine, so typical of the Minho region. One rich and full bodied and the other dry and light, a great contrast to enjoy and drink in the appropriate moment.

- Ride in a diversity of landscapes and cities, starting from the urban setting of Porto to the forested areas and trails of the rich Minho and Galicia’s region.The Portuguese Way is made of trails and dirt tracks, ancient roman roads, municipal roads and even alongside modern roads. Its of an enormous diversity and there’s always a surprise on every bend.

It is a great option for an adventure packed bike trip, that can be coverd on a self-guided, guided or all-inclusive option with Live Love Ride Portugal. Contact us for more information on Bike tours in Santiago.